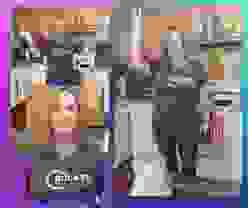 For centuries, Muscadine Grapes (vitis rotundifolia) have thrived in harsh winters and scorching summers of the southeastern United States. This harsh environment caused Muscadines grow a thick skin and larger seeds than other grapes. With 2 more chromosomes (a total of 20) than regular grapes, mighty muscadines have an unbelievable natural immunity that resists mold, bacteria, and viruses without the use of harmful chemicals.

The human immune system produces  antibodies when under attack. Similarly,  Muscadine grapes produce the highest levels of antioxidants because of the stress from the environment it grows in.   As we age, we lose our ability to fight the effects of free radicals that can break down healthy human tissue in a process called oxidation.  Antioxidants safely interact with free radicals and help end the damage.

So, everybody wants some, I want some too!!!  The thing is that you would have to eat pounds and pounds of grapes to get what you need in your body.  That's why I choose the Muscadine products with Bulavita.  Click here to see what we have available!

Check out these Pub Med articles on Muscadines -

https://pubmed.ncbi.nlm.nih.gov/21504973/ -
Effect of muscadine grape seed supplementation on vascular function in subjects with or at risk for cardiovascular disease: a randomized crossover trial

Anneliese has Cerebral Palsy, this is her testimony

Anneliese has Cerebral Palsy and she tells the world how her quality of life has gone up since taking our muscadine products.